Three men arrested for the arson of a black church. Now what? 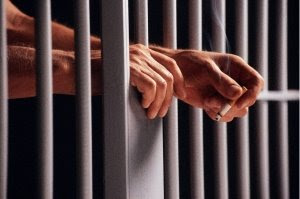 Last week arrests were made in the day after the presidential election burning of the predominantly African-American Macedonia Church of God in Christ. Benjamin F. Haskell, 22; Michael F. Jacques, 24; and Thomas A. Gleason Jr., 21, all of Springfield MA, face a minimum of ten years in prison for violating the civil rights of the Macedonian congregation.

Judging by what I read on Springfield's Masslive forum and what I heard in the community before the arrests, many whites were sure the burning wasn't arson or if that it was, it wasn't a hate crime, and many African-Americans just knew the burnings were related to the election of Barack Obama-- and so it seems to be, although there are rumors the young men were involved in other arson fires in the city.

Sometimes I have a war going on between the more primitive parts of my nature and the parts that have been educated by the emotional, spiritual and intellectual experiences of my life.

Someone steals the battery out of my car.
A woman yanks the hair of her child to "make her behave."
A man grabs an elderly woman's purse and knocks her down.
A well-known sports figure organizes dog fights and kills other dogs with impunity.
A financier steals millions of dollars and ruins the lives of thousands who believed in him.
Three young white men burn down a predominantly African-American church because they're angry about Barack Obama being elected.

I'd be lying if I said that revenge is not one of the first impulses in my mind. How about if I pull your hair so you can feel what it's like? How about if I tie you up in the back yard and hit you with a baseball bat?. How about if we burn down your parents' houses?

And then what? Have we made our world safer or better?

Even if we were to agree on the purposes of incarceration and other aspects of the criminal justice system are what they should be, we must also agree that the standards are unevenly applied. Bernie Madoff is at home under house arrest and as of Monday, so will be the three young white men accused of burning the Macedonian Church of God in Christ to the ground. Think that scenario would be repeated for the Latino marijuana dealer or the African-American check forger? And do we really think Bernie Madoff's punishment will be proportional to the fifteen year sentence a Shreveport man received for holding up a bank for $100?

So what does the community think should happen to the three men if they are found guilty-- and why? I'm conducting my first-ever poll on this blog, and I'd like to know what people think.

Take these 3 young men, and show them what people look like when they are burned in a fire, just thank god no one was inside,

One of the other main theoretical purposes of criminal punishment is deterrence: convince other people that the cost of committing the crime is too high.

While it's certainly good that no one was physically hurt in this church fire, having seen my brother's family's house burned by an arsonist, I can attest to the fact that the damage an arson does to people goes far beyond the simple physical and monetary measurements that we can easily count. Arson certainly inflicts a serious emotional toll on its victims.

That said, I think criminal punishments in the US tend to be excessive, especially for first time offenders. I think short prison sentences, coupled with lengthy probation, would be better in most cases.

Some time ago when the Mosque in Mason Square, Springfield, was burned out, a beautiful thing occurred. After the 15 year olds were arrested members of the Mosque volunteered to become mentors to the youth. Many members of the Springfield community , Christians, Jews and Muhammed's Mosque came forward to assist the Mosque.
I agree with a previous commenter, the youth should be ordered to take part in the reconstruction of the Church for as long as it takes, and it would be a generous action if male members of the Church became mentors to the youth. Hatred is based on ignorance - the youth just may
learn that there are some pretty wonderful people who are members of the church. This solution could change some attitudes.

I think we NEED to have more information. We are speculating on bits and pieces of news. It is very hard to accurately make a decision because "joe public" never gets the whole truth. It definitely is a news story I will follow. I pray for each and every member of the community because this tragedy affects many many people!!

Snap! Great, thought-liberating post. Like your list of different kinds of acts of crime and retribution, and your questions regarding our human impulse for revenge: "And then what? Have we made our world safer or better?"

The thing is that the 3 young white men who set fire to the New Macedonia Church in Springfield MA did not appear mysteriously from the void. These guys, like the rest of us, come out of a culture that was founded on racist acts.

Sure, they as the perps need to be held accountable for the racist act they committed. They need to be required to help rebuild the church or help pay for the rebuilding, AND to attend anti-racism workshops, AND to be monitored in some way by the community.

But there could be a lot of popular education organized in the community around this as well.

I personally know 2 of these 3 men, and i can tell you all for a fact the Mike Jacques comes from a racist background. His father is a hardcore racist and instilled that into him. I do believe that this crime was racially motivated, and these 3 men should get the mandatory minimum sentence of 10 years in federal prison.
On a side note, you will not hear in the news that Mike was addicted to prescription pain killers which he was getting from his now handicapped father.