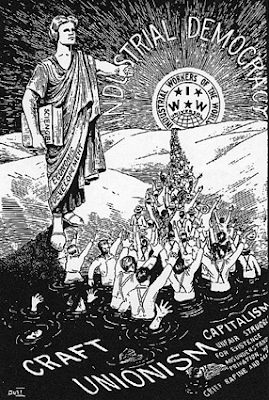 Now that my inbox has been emptied of all those "Last chance to give" messages, I'm able to pick out some opportunities to make a difference for working people. Join me!

"Current and former career officials at OSHA say that [deregulation was] a recurrent feature during the Bush administration, as political appointees ordered the withdrawal of dozens of workplace health regulations, slow-rolled others, and altered the reach of its warnings and rules in response to industry pressure. The result is a legacy of unregulation common to several health-protection agencies under Bush: From 2001 to the end of 2007, OSHA officials issued 86 percent fewer rules or regulations termed economically significant by the Office of Management and Budget than their counterparts did during a similar period in President Bill Clinton's tenure, according to White House lists."

And save the date: Thursday January 15

Every eight minutes in America, someone dies from a work injury or illness - more deaths than from most diseases. Depraved Indifference: the Workers’ Compensation System dissects a system that destroys the health and life of workers without fear of prosecution, or even public outcry, while throwing the preponderance of costs onto families and taxpayers. The stories in Depraved Indifference are the stories of ordinary people. Discarded and forgotten by their employers, denied medical coverage by the workers’ compensation insurer; many have been left to die, slowly and agonizingly, unnoticed by all but their grieving families. Depraved Indifference represents over five years of research and interviews. The final chapter lays out recommendations and strategies for action to bring justice and fairness, corporate accountability, and public disclosure to this system. Info: www.patricewoeppel.us. (Thanks, WMJWJ!)

In today's troubled economic climate, it isn't surprising that many Americans are struggling with hunger. What may be a surprise is exactly who is suffering. Many believe hunger is a problem only for the homeless. Unfortunately, statistics prove that 40 percent of those seeking food assistance are employed. More and more it is America's working poor who are at risk of hunger.

Please let your representative know that you want a comprehensive strategy to fight hunger written into law today. Together, we can work to eliminate hunger in America.
SIGN THIS PETITION!

Good report from The Massachusetts Budget and Policy Center (MassBudget):
The State of Working Massachusetts 2008
Entering a Recession After a Recovery That Missed Many
See the report at: MassBudget.