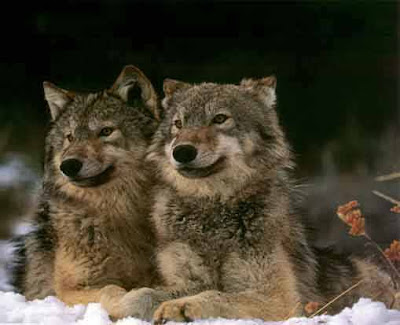 Seattle, WA -- White House Chief of Staff Rahm Emanuel Tuesday sent a memo to the heads of all executive departments and agencies, ordering a stop to all pending regulations until a legal and policy review can be conducted by the Obama administration.

A rule that would eliminate Endangered Species Act protections for wolves in the northern Rocky Mountains except for those in Wyoming was scheduled to be published on January 27. Now it will fall under review with the new administration.

Among others, the Bush administration recently finalized rules that significantly weaken the Endangered Species Act, allow for mining deposits to be dumped within 100 feet of flowing streams and exempts large-scale factory farms from notifying government officials when they release unsafe levels of toxic emissions into the community. Earthjustice, a public interest law firm, filed suit against all of these rules.

The following statement is from Patti Goldman, Vice President of Program for Earthjustice:

"While we are pleased that the new administration has put a stop to these hasty actions, there are some rules we continue to monitor.

"Under the Emanuel memo, the wolf delisting rule will be withdrawn. This rule was extremely controversial and was rushed through even though a federal district court had declared the wolf delisting illegal in July. It defied the law which prohibits a state by state listing when the wolves do not respect state boundaries.

Im so very greateful, that they've done this and I hope to see them put into effect a law that puts regulation on wolves away from states grasps like Idaho where I live