Court sends message to Springfield police: You CAN be found guilty of abuse! 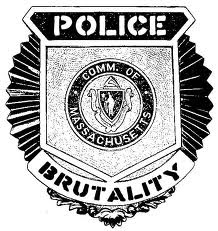 It's not like the criminal injustice system is ever off-duty in Springfield, but sometimes it runs in the background; people don't say much and organizing falls off   But former police officer Jeffrey Asher kicked us into high gear in December of 2009, when he beat Melvin Jones to a pulp.  On Wednesday, Asher was found guilty of assault and battery with a dangerous weapon and assault and battery.  Sentencing will take place on March 28.  Here's a link to an excellent summary of the case by Buffy Spencer at the Republican.   The article reminded me that former DA Bill Bennett refused to convene a grand jury to investigate the conduct of officers in the Jones beating; victim Melvin Jones had to file an application for a criminal complaint himself.

It seems necessary to say here that most Springfield police don't go around assaulting members of the public with flashlights-- but also that no officers seem willing to speak out against misconduct by a fellow officer.  We saw that in play yesterday when Michael Ververis' lawyer, Luke Ryan, called officers to the stand to ask if it was unusual for a cellphone that might be a critical piece of evidence in the criminal case against Michael-- which very well might have exonerated Michael-- was released to the cellphone's owner without a sign-off by the DA.  Nothing to see here, move along.  I haven't heard a report back yet from Arise and Out Now members who were in court with Michael yesterday as to whether the judge agrees that this destruction of evidence-- a video of Michael's arrest which disappeared from the cellphone, apparently while in the evidence room -- is sufficient to dismiss charges against Michael.

Momentum is increasing in the case of Charles Wilhite.  From his website:

On September 17th, 2009, Charles Wilhite was arrested and interrogated as a murder suspect in the shooting death of Alberto Rodriguez that occurred on October 14th 2008. On December 6th, 2010, a jury delivered a guilty verdict against Charles Wilhite, for murder in the first degree, sentencing him to life imprisonment without parole.
As a community, we have significant concerns about the way the case was prosecuted and the way the verdict was reached:
Charles has not known freedom since September 2009. Charles pleaded his innocence then, as he does today, and will continue to do until he is freed.

The campaign to free Charles will kick off on March 3, noon, at Spring of Hope Church, 35 Alden St., Springfield.  The concerned community is urged to attend.  On Thursday, March 8,  Judge Peter Velis will hear the motion to discharge after jury to set aside Charles' guilty verdict.

Last but not least, we've simply got to mobilize against the proposed Three Strikes legislation.  Not only is the bill unnecessary (we already have a Habitual Offender law), not only will it cost the state a fortune, we have to remember that innocent people are convicted every day.  Tell the Governor, NO!
No comments:

Enforcing the law could have saved their lives

Along the banks of the American River, adjacent to the Highway 160 bridge in Sacramento, reside a few dozen homeless men and drifters. Nylon tents sprawl across the grass. In one of them lived Kevin Moore and Ray Sletto, whose bodies were found on the afternoon of Jan. 17.
The two men were the closest of friends for more than 10 years, taking care of each other and Baby Girl, the pit bull mix they adopted. Kevin Moore, 38, was a jeweler with a goatee and an easy smile and Ray Sletto, 44, sleepy-eyed and mustachioed, was a chef with a bad back. They had been homeless for many years after losing their jobs. Though the weather was mild, they enclosed their tent within another tent for extra warmth and lit a small camp stove. As the fumes quietly filled the air while they slept, they died of carbon monoxide poisoning sometime during the night of Jan. 16.
Just slightly more than a mile away from where Moore and Sletto's tent stood is the state capitol building in Sacramento. Four days before they died, lawmakers from around the state met to discuss the crisis of homelessness in their communities. Over one-fifth of homeless Americans live in the streets, park and shelters of California, which has been hit hard by the lingering effects of the recent recession, from high unemployment to rising foreclosure rates. California's tally in 2011 was estimated at 135,928, according to the National Alliance to End Homelessness.
Across the country, women and children are the fastest-growing segment of the homeless population, the alliance says. And shelters across the state have only enough beds for a small fraction of the dispossessed: The St. John's Shelter for Women and Children in Sacramento turns away hundreds of people each night for this reason and leaves them to fend for themselves.
But one of the state's most powerful tools to assist this vulnerable population is hardly being used. Buried within California's legal codes is a 25-year-old statute that allows counties and municipalities to declare a state of emergency when a "significant number" of homeless people exist in a community, allowing them to convert public facilities into shelters and even to change zoning codes to site shelters in most neighborhoods.
Yet since the law was passed in 1987 -- and as the homeless population increased -- few communities have invoked the statute, and when they do, it is almost always just to set up temporary winter shelters. As a result of a lack of political will, neighborhood resistance and budget constraints, this law has rarely been tapped to ease the suffering of the dispossessed.
"It is almost unparalleled in its potential," National Coalition for the Homeless executive director Neil Donovan said about the statute. "But it's a challenge [for California] because of the financial crisis that they're in. Other communities use similar statutes far more effectively. I'm thinking of Boston, which opens up its armories when overcrowding happens."
The reluctance to take action frustrates advocates for homeless people. "It's a very powerful statute in the sense that once a shelter crisis has been declared -- it could be done on a statewide level by the governor or on a county level -- there are just about no restrictions to housing the homeless anywhere," said civil liberties lawyer Mark Merin. "But there are very few instances where it has been invoked. Any mayor or board of supervisors which has not declared a shelter crisis should be asked, Why not?"
Read more at Huffington Post.
2 comments: