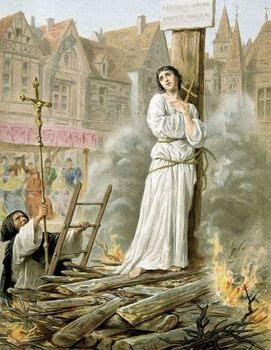 Today, "Rev." Terry Jones may or may not burn a copy of Islam's holy book, the Koran.  Yes, I find his actions and attitudes appalling; yes, book burning reminds me of the worst totalitarian regimes; yes, I know his actions may put U.S. soldiers at risk from the most extremist and ignorant Muslim elements.  But this is America, right?  If burning American flags and draft cards is constitutionally protected, so is burning a book.

99.99% of Muslims understand this very well.  The ones that don't are the ones who bomb buildings, shoot filmmakers and throw acid in the faces of unveiled women-- in the name of Islam.  But, as my friend Owen Broadhurt posted on Facebook today, "Islam did not attack us on 9/11. Islam, along with all of us, was attacked on 9/11."

Most of the major assaults on the people of the world are no longer done in the name of religion but are crimes committed by one state against another.   90% of the world's population now live in secular states.  A few states still recognize some form of Christianity as their state religion-- Finland, Costa Rica and Cyprus, to name a few-- but the majority of countries with state religions are Islamic.

This should not be surprising.  Islam is the youngest of the world's major religions, only about 1,400 years old.

So where was Christianity when it was about 1,400 years old, at the time when some version of Christianity was the state religion in every organized European state and when it was poised to expand to North and South America?

A few moments in time:

I don't make these points to condemn Christianity.  Even in the Dark and Middle Ages, surely most Christians would never lift a hand against another human being because of that person's religious beliefs.  But I do think that Islam as a state religion stacks up pretty well against Christianity at the same age.

Part of me is grateful to Terry Jones. On the ninth anniversary of 9/11, as the nation stops to remember and mourn 3,000 deaths, Terry Jones shows us the darkest side of prejudice and fear.  The level of thoughtful discussion about Islam has never been higher.  Let's not stop here.
2 comments:

Storms of the century

Ah, the mixed feeling of those of us who love Cape Cod and also love a great storm!  Not much of a beach left on Marconi this year; Wellfleet is only two miles wide and while I don't think it's been subject to the washovers of Hatteras Island in North Carolina, it's certainly at risk of becoming the uppermost part of a new island.

While we're waiting for damage reports, check our the fantastic photos at the Boston Globe of the New England storms of the century.
No comments: 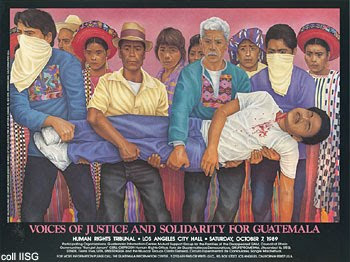 Yesterday, I received an email from my friend, Palmer Legare.  Please take action and send an email to help protect lives.


Friends and comrades,
Please excuse the rush that I have in writing this.  Please take immediate action as my life and the lives of hundreds of unarmed peasants in the community Saquimo Setana are in danger.  Briefly:
*On August 31, 2010, at approximately 11:00 am, armed members of the wealthy family of Maria Elena Garcia Ical began burning houses of the Q’eqchi Maya peasant community of Saquimo Setana.
*Palmer Legare began recording a video of the arson.  He was then attacked and briefly detained by the family, beaten with a pistol and his life was threatened.  The camera was stolen and he was barely able to escape.
*Approximately 7 hours later, Guatemalan police and army arrived in the community.  They stayed until 2:00 am, but refused to disarm the wealthy family.
*On September 1, five members of the community and Legare traveled one hour by foot and three hours by truck to the city of Coban to file a complaint.  They asked to speak with public prosecutor Sebastian Cucul, and were told to wait in the lobby.  While they were waiting, the leader of the attack, Maria Elena Garcia Ical, entered the building and went to the second floor.  Shortly after Legare and another community leader went up to the second floor and waited outside the attorney’s closed office until a custodian opened the door to take out the trash.  At this time Legare saw that the wealthy attacker was meeting with the public prosecutor.  Shortly after, public prosecutor Cucul sent a message that he would not meet with community members or with Legare.
*The group then went to the police to file the complaint.  Shortly after they entered, a police officer said that the police would arrest the husbands of two of the women who were there if they saw them.  They also said that they are waiting for the weather to improve and then they will go to the community to destroy the houses and kick out the residents.  This despite a recent judge’s order that the police are not to execute such an eviction.
*At approximately 6:30 in the morning today, September 2, we were called by members of the community saying they had been walking towards their cornfield to harvest corn needed to sustain their families.  They were met by armed members of the wealthy family, who refused to allow them to go to their fields.  They threatened that if they informed anyone of this, they would be killed and their bodies would be thrown in the river.
*Shortly after this, family members and/or supporters of the community used horses and pistols to attack community members.  Children, women and men in the community huddled together in an attempt to defend themselves.
*Shortly after this, communication with the community was lost and there has been no communication for nearly two hours.  A commission lead by leaders of the Committee of Peasant Unity and accompanied by Palmer Legare of the Guatemala Solidarity Project will travel to the community immediately after sending this and other alerts.
*Older information and videos about political prisoners from the community is available at http://guatemalasolidarityproject.org/actions.htm
ACTION NEEDED URGENTLY
*Please immediately email the governor of the department of Altaverapaz,  gobernadoraltaverapaz@gmail.org and it is important to cc: esay@oj.gob.gt,solidaridadguatemala@yahoo.com,stuand_wckr@yahoo.com,gobernadoraltaverapaz@gmail.org,fdaltaverapaz@mp.gob.gt,mpcoban@hotmail.com
Please write in English or Spanish your concern about the situation.  Your email can be very brief or long but it is important they know they are being watched and preferred that the email be in your own words.  Please include your location in the email.
*Please make financial contributions of any size.  $5 donations are extremely helpful.  $5,000 donations are extremely helpful.  Checks should be made out to “UPAVIM Community Development Foundation” and mailed to UPAVIM, c/o Laurie Levinger, 28 McKenna Rd, Norwich, VT 05055.  If you want your funds to be used as emergency relief and support in case of an eviction, write the word “eviction” in the memo/note section of the check.  If you wish the donation to be used for any purpose determined by the community Saquimo Setana, write “Saquimo Setana” in the notes/memo section.  Or leave the notes/memo section and with leaders from various communities we will determine the most urgent need for the funds.  The GSP is completely volunteer driven, and all funds received will go directly to support the communities.