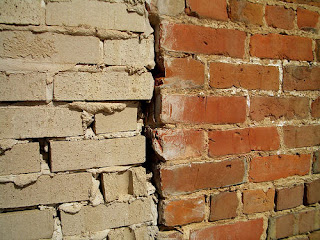 Hey, white people: have you ever witnessed a person of color being treated in a disrespectful manner and wanted to apologize, wanted to say, We're not all like that?

Have you ever heard other white people say, Why are they (African-Americans) taking it out on me-- I've never owned a slave?

Apologies from a group of people or a government to another group of people are not uncommon, even when the people doing the apologizing were not directly involved in whatever caused the need.

German and Austrian churches have apologized to the Jewish people.
Japan has apologized for its colonial rule and to the women forced into prostitution during World War II.
The Pope apologized in 2004 for the sacking on Constantinople in 1024.
The U.S. Congress has introduced a bill (still unpassed) to apologize to Native Americans.
And the U.S. House has passed a bill apologizing for slavery which has yet to pass the Senate.

So now's our (white people's) chance to do the same.

Three Massachusetts residents have been so moved by recent experiences that they have begun collecting signatures from white people to make a public apology for racism. Their site, Facing Our Unhealed Past, has a compelling statement which includes information about Massachusetts' role in racism in particular, but you don't have to be from Massachusetts to sign.

If you are so inclined, go ahead and add your signature. It doesn't absolve us from taking other actions to dismantle racism, but it's a beginning.