Hold up! Not ALL Dr. Martin Luther King's dreams have been fulfilled 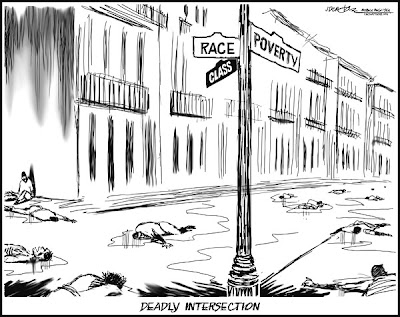 I just saw Martin Luther King III interviewed on CNN, which has been doing a day-long program called From MLK to Today. It's been an inspiring program yet I've had a nagging worry that we will be too optimistic, so willing to look ahead that we overlook what's in front of us.

Barack Obama's being elected President is indeed a tremendous accomplishment and a significant blow to the wall of racism that has divided this country. But racism won't disappear on January 21. And poverty? Not one person will be less poor the day after the inauguration.

CNN has a good report of civil right veterans speaking out on just this issue. Give it a read.