Seeing homeless people is a downer at the Super Bowl 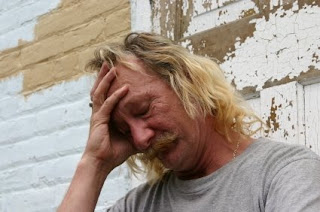 If you're homeless in Tampa Bay, make sure you don't loiter or trespass this week-- because nobody wants to think about homelessness during the Super Bowl.

Shannon Moriarty over at End Homelessness has a post about the homeless sweeps going on in Tampa Bay. Police deny it, but advocates say the homeless are being targeted.

Of course, this is nothing new. During last year's Olympics in Beijing, not only were homeless people hidden, the government actually created homeless people, displacing up to a million and a half. Vancouver, BC has been planning on how to deal with homeless people for its 2010 Summer Olympics. Unfortunately it's still more about hiding homeless people than housing them.

Anything big happening in your city, where the national spotlight will shine? Watch what happens.

Labels: Florida, friends of the Homeless, Vancouver BC