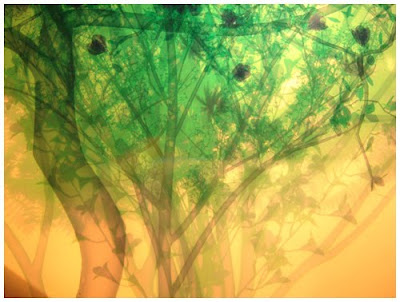 Last Friday, Springfield area residents got some good news.  According to a press release from the Executive Office of Energy and Environmental Affairs,

Secretary Bowles announced that he has directed MassDEP to suspend review of permit applications for facilities proposing to use construction and demolition materials (C&D) as fuel for energy generation, including the proposed Palmer Renewable Energy facility, until a comprehensive assessment of the environmental impacts of using such materials is completed.. This assessment will include a review of potential for emissions of greenhouse gases and other air pollutants related to C&D, an analysis of level of contaminants commonly found in C&D feedstocks, and a review of the most effective means for minimizing, sampling and monitoring of toxics and other contaminants of concern in these feedstocks. Further, the Secretary has directed MassDEP, in coordination with the state Department of Public Health (DPH), to conduct a review of the potential public health impacts associated with the combustion C&D.

What this all means and how we can make sure the study hits all the right bases is the subject for another post.  But biomass opponents in Russell and Greenfield got no such breather.  The following is a press release sent out yesterday:


MASSACHUSETTS WOOD BURNING BIOMASS PLANTS ARE STILL BEING PERMITTED
Concerned Citizens of Russell, Concerned Citizens of Franklin County, the Stop Spewing Carbon Campaign and Massachusetts Forest Watch and the will hold a press conference on Thursday, December 17, 2009 at 5:30 pm in the Rear Parking Lot of the Holiday Inn at 245 Whiting Farms Road, Holyoke, MA (Off of I-91, just north of Mass Pike and near the Ingleside Mall) .
This press conference is in response to the “Massachusetts Biomass Sustainability and Carbon Policy” study commissioned by the Department of Energy Resources.  Consultants for the state-sponsored study will hold a meeting inside the hotel from 6:30 – 8:30 P.M.
Conference sponsors are alerting the public to misleading media reports that give the impression that wood burning biomass power plants are ‘on hold’ in Massachusetts.   While the Springfield Biomass power plant’s permits to burn construction and demolition debris are on hold pending a health study, the Russell Biomass and Greenfield Biomass plants are proceeding full steam ahead, with Russell Biomass intending to begin construction in 2010.  Both Russell and Greenfield would burn millions of trees annually and could eventually be converted to burning trash and/or construction and demolition debris as has happened elsewhere.
The Department of Energy Resources (DOER) has placed a one year moratorium on statements of qualification for Renewable Energy Credits (RECs) while the Manomet study is completed.
“This suspension is meaningless,” said Jana Chicoine, spokesperson of the Concerned Citizens of Russell, “The developers don't need those credits until after construction is completed, and that would be years from now. Russell Biomass is full steam ahead with many things in play. They are still getting key support from the state,” she said, citing a recent decision of the Department of Public Utilities favoring Russell Biomass.
According to critics, the study has been framed as “how much” to burn rather than examining the wisdom of increased cutting and burning forests.  They say there is no need to waste taxpayer money studying the “sustainability” of biomass power production when it is already known to be worse than coal for carbon dioxide emissions that cause global warming and just as dirty as coal for air pollutants that cause cancer and asthma.
Chris Matera from Massachusetts Forest Watch commented,   “We already know that increasing logging and burning will negatively affect the forest, air quality, and atmospheric carbon dioxide levels, so we do not need to spend $100,000 taxpayer dollars for a study designed to convince citizens that water runs up hill.  Instead of studying how many millions of dollars we should spend burning how many millions of trees in dirty wood burning biomass plants, we should use the money to create truly clean energy jobs such as installing solar panels and insulating homes.”
Meg Sheehan Chair of the Stop Spewing Carbon Campaign agrees. “Over 103,000 voters signed our petition to stop biomass burning and they want to get rid of these plants now.   They don’t want more studies.  Using voter’s money to study incinerators that burn trees is just a political move to lull the public into thinking the state is doing something.  The incriminating facts already show that this is dirty energy.  The Patrick administration is still pushing full steam ahead by continuing to permit the Russell and Greenfield plants even though voters have sent a strong message they don’t want the plants.”
Critics also say the wood “sustainability” study will not be unbiased because the three main consultants to the Manomet study, The Pinchot Institute ( www.pinchot.org/bioenergy) , the Forest Guild ( www.forestguild.org/biomass.html) and the Biomass Energy Resource Center  ( www.biomasscenter.org/services/technical-services/biomass-resource-supply-services.html ) are all proponents of wood burning biomass energy plants.
Additionally, the Manomet Center for Conservation Sciences has ties to the timber industry as the advisory board of the Center’s Forest Conservation Program is chaired by Roger Milliken Jr., CEO of a large commercial timber company and former chairman of the Maine Forest Products Council, lobbyist for the Maine timber industry.
“This is a common sense issue,” said Matera of Massachusetts Forest Watch.  “At a time of polluted skies, a carbon overloaded atmosphere and stressed forests, it is pure folly to force taxpayers to subsidize more cutting and burning of forests.”