New Springfield City Council to be seated next Monday at noon 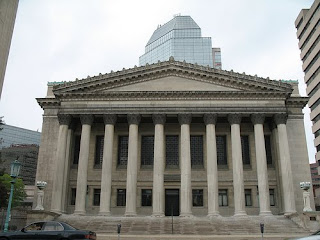 I hereby notify you that at twelve o'clock noon today the following items of business had been filed with this office and can be acted upon at the Organizational Meeting in the City Council Chambers, Monday, January 4, 2010 at twelve noon according to Section 12, Rules and Orders of the City Council.

5. ELECTION OF PRESIDENT
6. OATH OF OFFICE TO PRESIDENT BY CITY CLERK WAYMAN LEE