Happy New Year! A few of my favorite lions, tigers and bears 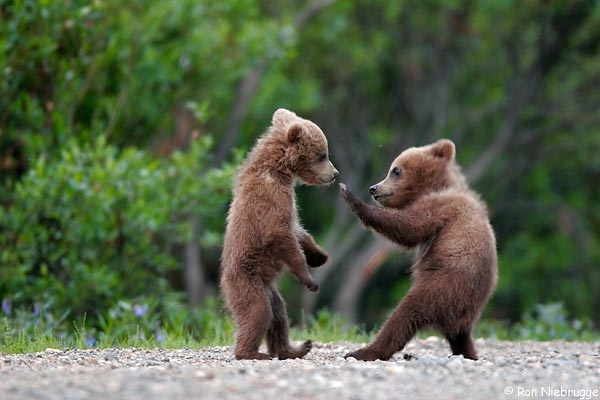 The boy, whose ordeal mirrors that of the character Mowgli from Rudyard Kipling The Jungle Book, was discovered by police in Misiones, in Argentina, surrounded by eight wild cats.
Doctors believe the animals snuggled up with him during freezing nights which would otherwise have killed him.
The boy was seen eating scraps foraged by the animals while they licked him, it has been claimed.
Policewoman Alicia Lorena Lindgvist discovered the child by a canal in the Christ King district of the city.
She said: "I was walking and noticed a gang of cats sitting very close together. It is unusual to see so many like that so I went for a closer look and that's where I saw him. The boy was lying at the bottom of a gutter. There were all these cats on top of him licking him because he was really dirty.
"When I walked over they became really protective and spat at me. They were keeping the boy warm while he slept."
The officer, who noticed scraps of food near the boy, added: "The cats knew he was fragile and needed protecting."
Police have found the boy's father who is homeless and said he had lost the boy several days ago while out collecting cardboard to sell. He told officers cats had always been protective of his son. Telegraph.uk. 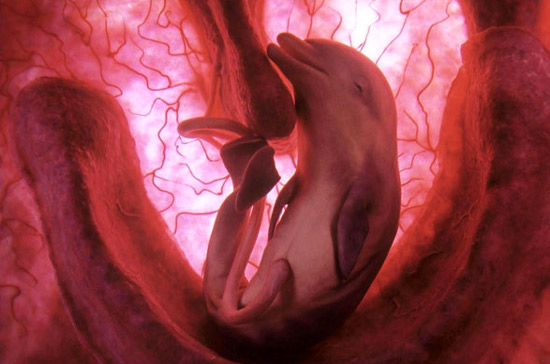 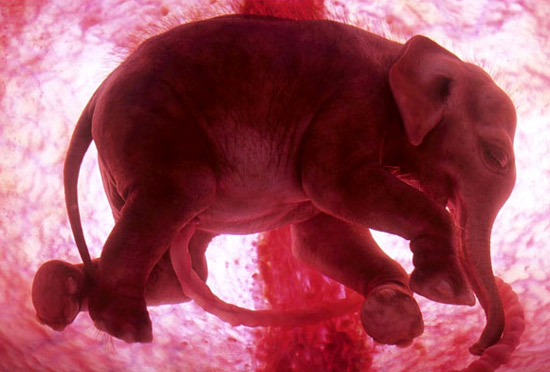 From National Geographic's In the Womb series.

In 2003, police in Warwickshire, England, opened a garden shed and found a whimpering, cowering dog. It had been locked in the shed and abandoned. It was dirty and malnourished, and had clearly been abused.

In an act of kindness, the police took the dog, which was a Greyhound female, to the nearby Nuneaton Warwickshire Wildlife Sanctuary, run by a man named Geoff Grewcock and known as a willing haven for Animals abandoned, orphaned or otherwise in need.


Geoff and the other sanctuary staff went to work with two aims to restore the dog to full health, and to win her trust. It took several weeks, but eventually both goals were achieved.
They named her Jasmine, and they started to think about finding her an adoptive home.

But Jasmine had other ideas. No-one remembers now how it began, but she started welcoming all Animal arrivals at the sanctuary. It wouldn’t matter if it was a puppy, a fox cub, a rabbit or, any other lost or hurting Animal, Jasmine would peer into the box or cage and, where possible, deliver a welcoming lick.

Read the rest of the story at The Great Pet Net. 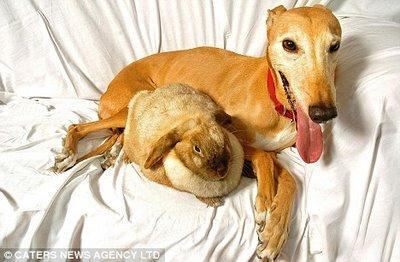 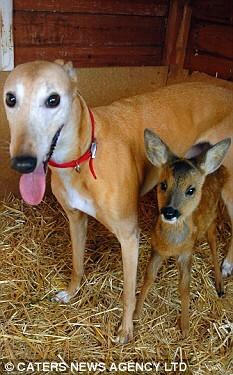 Finally...although you may have seen this before....Christian the lion was bought as a cub by two men in London.  Realizing after a while that the city was no place for a lion, they brought him to a wildlife sanctuary in Africa watched over by George Adamson.  A year later, the men returned to see how Christian was doing.

Thanks - I always enjoy seeing or reading articles about our beloved animals.
When one has their affection and love it is always unconditional.
Happy New Year to you and yours.