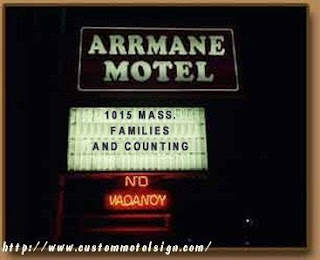 3,000 families are homeless in Massachusetts. 1,015 of them are living in motels-- that's up from 640 in February. Life isn't easy for homeless families in our state, but at least children aren't walking around in the cold in the daytime, unlike the homeless children in Grand Junction, Colorado.

The family shelter there is only an overnight shelter-- at 8 am. in the morning, you get the boot-- and the day center won't allow children anymore. Granted, mixing children in with homeless adults isn't the greatest idea, especially when the increasing number of laws that regulate where sex offenders live are forcing them into the shelter system.

But it's better than freezing.

You can do something about it! Change.org has has a petition to the Mayor of Grand Junction, asking him to find a solution. Homeless families simply have to have somewhere to go. Take a minute and sign the petition. The more people that know about this, the more likely it will change.

You can use WiserEarth.org online tools to spread the word and launch a campaign to address this tragic situation: http://www.wiserearth.org

And here we are: AngelLight, Inc. created of, for and BY the homeless in Grand Junction. Love and appreciate the article--we just need a building. Our goals are huge, but we believe that NOT thinking big enough has got us in the pickle we're in (everywhere.) If we are able to achieve our goals we will be sharing "how we did it" across the country . . .

Thanks again for the article and the link!