Free baby-- 1 1/2 yr old little girl-- any takers? and other tales from Arise 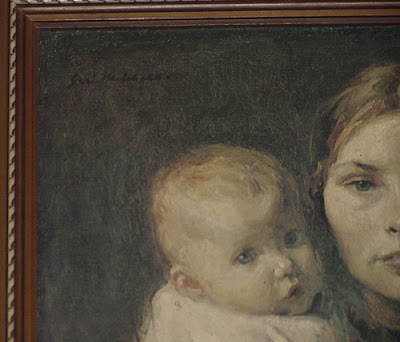 We've started monitoring DHCD at the Liberty St.welfare office in Springfield (and as the word is spreading, we're also hearing from families in Holyoke) and let me tell you-- if I had to put up with what many of these families are dealing with, I'd either be homicidal or suicidal.

We've been trying to help a single dad with eleven year old twins.  They've been living in a pop-up camper in a friend's back yard-- no running water, no electricity.  The first time the father went to DHCD, he was not given an application for shelter; he was told he was keeping his children in unsafe conditions and they were going to call the Dept. of Children and Families  and report him.  Of course he left, furious and terrified.  We told him to go back to DHCD the next day and insist on filling out an application.  I also called DCF in Boston to ask if they thought it was appropriate to be used as a threat against homeless families.  The father now has an appointment for Friday, but DHCD still had to include another threat, telling him he was just a heartbeat away from having a 51A (abuse and neglect) filed on him.

We finally got a mom and her three grandkids into shelter today, on the very day the sheriff was to physically remove them from their apartment. (I wrote about her in "The only thing we can do for you is walk you to the door." She and her grandkids, aged 2, 4 and 12, had gone back and forth between DHCD and the School Department four times, with DHCD insisting on a particular form they said the School Department had, and the School Dept. insisting they had no such form.  Finally, a call to the homeless liaison at the school dept. generated a screenshot of the child's enrollment which DHCD was willing to accept-- temporarily, until the grandmother proves she has legal custody. (Her daughter is incarcerated, and the notarized letter she'd given her mother had been good enough for the family to receive TAFDC benefits.)  When I asked my DHCD contact why the runaround, she said that without such strictness, anybody could walk into the welfare office and claim children as theirs when they really weren't.

"Yeah," I said, "but how often does that actually happen? Sounds like the kind of reasons used for tightening voter eligibility-- voter fraud-- when it scarcely exists."  She didn't disagree and gave me no examples that this kind of welfare fraud really happens..

Yesterday and today we've been hearing about-- and acting on behalf of-- a 26 year old mother and her four year old daughter who were found wandering in the middle of the night by the Holyoke Police.  The police were kind enough to let them stay at the station until morning, when they could drop her off at the Holyoke welfare office, where she was told by a worker,  "There are no shelters anymore."  She found her way to an ally (who shall remain nameless) and from there to the Mass Justice Dept.  They told her to go back to the office and ask for an application for shelter; she did, but DHCD refused to give her one.  So she was going to be sent back to the office once again, but now it was too late in the day and none of the advocates knew how to help her in time for tonight, so they suggested she spend the night in the Holyoke Hospital emergency room, and come back in the morning.  It was at that point that I put out a plea on our Facebook page, asking for mattresses and bedding.

I must say that everyone of these advocacies  has involved intense collaboration with the Mass Law Reform Institute, Mass Coalition for the Homeless and the Mass Justice Project.

Now to the free baby: yesterday was a long day but I was full of energy again after a meeting of our newest, two-month old committee, VOCAL-- Voicing Our Community Awareness Level.  We're dealing with criminal justice issues and the core group is fervent and strong.  However, I was definitely ready to go home when a friend of Arise, we'll call her Dorothy, stopped into the office.

Dorothy is not quite a member of Arise, because she is too busy completing her education in Early Childhood Education to take on the work, but we see her frequently during the school year, when she stops in to visit until it's time for her bus.

Dorothy is one of the sweetest, kindest people I know.  Two months ago, she and her high school aged daughter  opened their home to an elderly man who became homeless after his apartment building was condemned.  It was going to be a temporary arrangement, but he fits in well, and contributes to the rent (which the landlord raised because there was an extra adult living in the apartment), so there's now a tinge of permanency in Dorothy's voice when she talks about him.

"I've got some new people at my house," she said.

"Where did you find them?"

"I was in the bathroom at the bus station and the girl was in there-- she was crying hard-- and the baby was balanced on the edge of the sink, and I was worried about her, because her mother was crying so hard, and not paying attention, so we got talking, and she had nowhere to go, so I took them home."

"I don't know," she said.  "The girl may not stay-- she has a boyfriend in Alabama and she texts him all day.  But she might leave the baby behind with me...but I don't know how to take him and still finish school..." Her voice trails off.

"How did that come about?"

"The girl just said to me, 'Please take my baby.  Please.  I just can't take care of her anymore.'  We went down to court last week for me to get temporary custody and we have a court date in September....My school has daycare but she's too young."

"Maybe you can be his foster mother, get some financial help, pay for daycare; they do exist for chilrden that young."

"You've fallen in love with the baby," I said.

She told me more about the girl-- the mother-- which I won't write here, except to say that the girl has a dream that she will marry her boyfriend, and they will get a little house, and everything will be all right, and then she can come back for her baby.  (Want to count the broken hearts in this dream?) What I heard of her story answers at least part of this question: What could possibly make a woman so desperate that she would plead, to a person she scarcely knows, "Please take my baby.  I can't take care of her anymore?"

I haven't been able to get them out of my mind all day.  I left a message on Dorothy's phone tonight.

"Listen, I really want to talk to you about the girl and her baby.  Let me help.  Maybe we can all meet together.  Maybe there's something we can figure out.  Call me."

We had a training today for people willing to put in some time to monitor the DHCD offices.  We have another one scheduled for this Thursday at 5 pm. at our office, and will be scheduling more for next week.  We need more help if we and our communities are not to allow men, women and children to wander the streets.  Please call Arise at 413-734-4948 if you can give even an hour a week.  Thanks.

Photo of Gari Melchers' Mother and Child from Who Wants to Know's photostream at Flickr.