Seven reasons to oppose a toxic incinerator in Springfield. 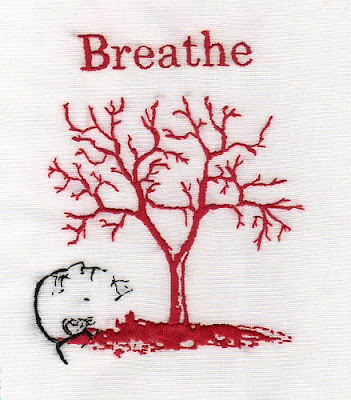 Palmer Renewable Energy’s proposal to build an electricity-generating biomass plant in is moving very quickly, now—the developers need two more permits and then they get the green light.
I myself refuse to call PRE’s proposal a biomass plant: it’s a construction and demolition wood-burning incinerator that will provide a few jobs, create a little electricity, and degrade and pollute our community.  What a trade-off!
Some of us, in a new group called Stop Toxic Incineration in , have been working very hard to stop PRE from going ahead.  We need a lot more help because time is so short.  But I will say that I haven’t talked to a single person who, once he or she knows about the plant, is in favor of it, although I’m sure there are some, especially where potential financial benefits may exist—a job, for example, or a neighborhood improvement project.  Well, times are tough and I can’t blame them.  They’re not the one who will be making the big bucks from this project.
The Springfield Public Health Council is concerned enough about the health threats of this incinerator to dedicate their next meeting, this Wednesday, November 18, to hearing concerns. The meeting will start at 6 pm. at the Pine Point Citizens Council,   It’s an open meeting and I hope that people will take this opportunity to learn more .
Then, on Wednesday, December 2nd, the Mass. Department of Environmental Protection will be holding a public hearing on whether to grant PRE an air permit.  This is folks’ chance to hear what PRE has to say, to hear the concerns of ’s residents, and to ask questions.  The meeting starts at 7 pm. at  ,
Air is no respecter of town and county borders.  Here are seven reasons residents of the should be against PRE’s proposal.
Almost half the population of is already considered at risk from the effects of air pollution. Our childhood asthma rate is 50% higher than the state average.  The American Lung Association gives our county an F based on smog and short and year round levels of fine particulate matter (FPM), of which there are no “safe” levels.  Why would we want to make things worse than they already are?
Our children have blood lead levels about twice the state average; PRE’s incinerator will send another ton of lead into the air. Chromium, mercury, dioxin, arsenic, nickel, cadmium, manganese, antimony, beryllium, cobalt, selenium will also be emitted by this plant, all within “safe” levels.  Exposure to pollutants is linked not only to poor health and sometimes fatalities but also to a decline in I.Q.
We’re guinea pigs for the rest of the state.
It’s not too late to make a difference.  You can join our group.  (Check out our website at Stop Toxic Incineration in Springfield.) You can pass out flyers.  You can let our elected officials know how you feel.  Start by calling your new ward councilors; some are already opposed.  Call your state senators and representative.  Then make three more calls: to Gov. Deval Patrick at 888-870-7770, DEP Commissioner Laurie Burt at 617-292-5500, and Secretary Ian Bowles of the Executive Office of Energy and Environmental Affairs at 617-626-1000.  Tell them: no toxic incinerators in —or anywhere else in !
Textile art from Bascom Hogue's photostream at Flickr.

My name is Sarah, and I'm a student at UMass, and I'm trying to make a documentary about homelessness in the area. Would you be interested in being interviewed?

Please email me if so:
sshepher@student.umass.edu

In addition, Michaelann, yiu have to consider that with the rush to build these things -- 5 in the Pioneer Valley, who knows how many in Mass, NE, US? -- has anyone thought exactly where they are going to get all the wood to keep the boilers burning?
Are they going to eventually clear cut the mountains for the lumber like they did 100 years ago?
These damn things just seem so short-sighted.